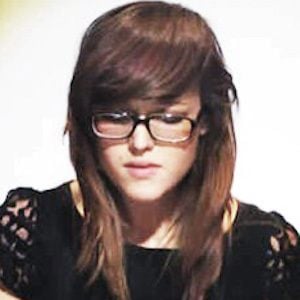 American-born Mexican singer known for being the lead vocalist in the indie pop-rock band Hello Seahorse! They were nominated for Latin Grammys in both 2009 and 2010.

She originally joined the band after the rest of the band's members decided they needed a vocalist and sent out an ad on MySpace.

Earlier projects were sung in both English and Spanish, but over time favored Spanish. Their 2009 song "Bestia" won the Indie-O Music Award for Song of the Year.

Although born in Van Nuys, California, she grew up in Mexico City, Mexico.

She and the band have performed with Jarvis Cocker.

Denise Gutiérrez Is A Member Of