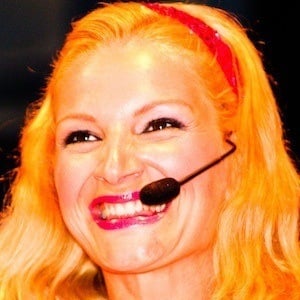 One member of the Dutch dance group known as the Vengaboys. The singer and choreographer stayed with the group until 2002 when she embarked on a solo career. She returned to the band in 2006.

After joining the Vengaboys in 1997, the group released their debut single titled "Parada de tettas."

In 2012, she served as the choreographer for the boyband Main Street.

She married actor Winston Post in 2004. The pair have one son and one daughter.

She is joined in the Vengaboys by fellow founding member Robin Pors.

Denise Post-Van Rijswijk Is A Member Of