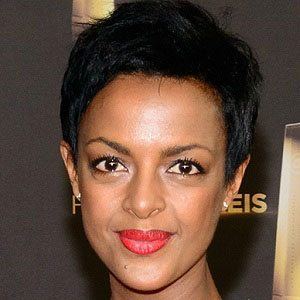 Famous for her roles as Wilhelmina Makhubel and Sara in the respective German television series Hinter Gittern - Der Frauenknast and Gegen den Wind, she is also notable for her recurring roles in Notruf Hafenkante and Der Furst und das Madchen.

After temporarily abandoning her acting dream to study business, she moved to New York City to train at the Neighborhood Playhouse and subsequently appeared in several stage productions.

She served as an ambassador for a world peace-fostering art project known as United Buddy Bears.

Born in Ethiopia and raised in Germany, she later purchased homes in both Monte Carlo and Berlin. In 2009, she married Italian director Carlo Rola.

She is a contemporary of fellow German actress Ursula Kraven.