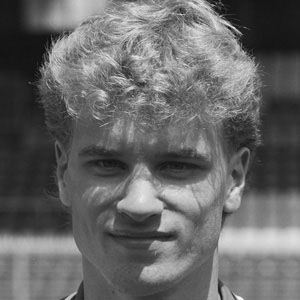 Former Dutch striker for Ajax, Internazionale and Arsenal from 1986 to 2006, who became assistant manager for Frank de Boer with Ajax in 2011.

He began his youth career with Ajax in 1981.

He competed in the 1998 FIFA World Cup, representing the Netherlands.

He fathered four children with his wife, Henrita Ruizendaal, whom he married in 1993.

Dennis Bergkamp Is A Member Of