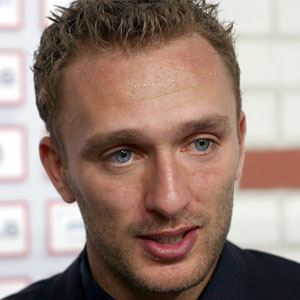 One of Denmark's best soccer players, competed for Brondy IF and Olympiakos, and also appeared in several World Cup and Euro matches.

He spent 2004 through 2007 with the Charlton Athletic, leading them to notable victories over Tottenham and toward the top of the Premiere League.

He played on the national side with Denmark's Under-19 and Under-21 teams, and in 2010 in the World Cup, where he scored the winning goal against Cameroon in the group stage.

He and Daniel Agger were both recipients of the Danish Football Player of the Year honors.

Dennis Rommendahl Is A Member Of