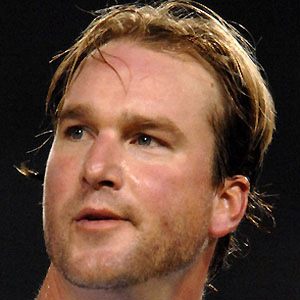 Two-time All-Star pitcher who threw for seven MLB teams from 1997 to 2013, and won a World Series Championship in 2004 with the Boston Red Sox.

He earned a basketball scholarship to Eastern Michigan University, but passed on it after being selected in the 8th round of the 1991 MLB Draft.

He had three kids with his first wife, Trinka Lowe; he married his second wife, Carolyn Hughes, in 2008.

In a wildly lopsided trade, he and Jason Varitek were sent from the Seattle Mariners to the Boston Red Sox his rookie year, in exchange for Heathcliff Slocumb.

Derek Lowe Is A Member Of