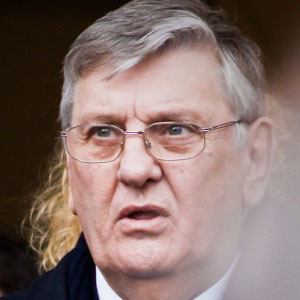 Famous for his more than decade-long portrayal of Charlie Slater on the British soap opera EastEnders, Martin is also notable for his work on the short-lived soap Eldorado.

Before beginning his acting career, he worked as a stunt performer. His early acting credits include the film Secrets of a Windmill Girl and an episode of the BBC series Paul Temple.

He was featured in the 2012 season of the Celebrity Coach Trip reality series.

Born Derek William Rapp, he grew up in East London, England. Through his marriages to Christine Ann Rigg and Gloria Mitchell (both of which ended in divorce), he fathered sons named David and Jonathan.

Kat, one of the daughters of Slater's EastEnders character, was portrayed by actress Jessie Wallace.

Derek Martin Is A Member Of