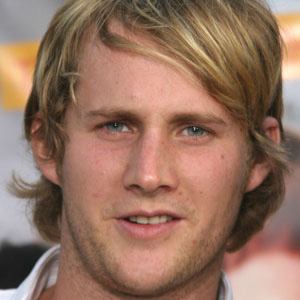 American actor best known for his starring roles in the films Dumb and Dumberer: When Harry Met Lloyd and Hostel. He also starred on the FX series Anger Management.

He made his acting debut in 2000 when he appeared as Jared in Strangers With Candy. He followed that by appearing in Law & Order.

He had a recurring role on the series Felicity as Adam Davis.

He has a child named Polly with Franka Potente who he married in 2012.

He had a minor role in the first season of American Horror Story which starred Dylan Mcdermott.