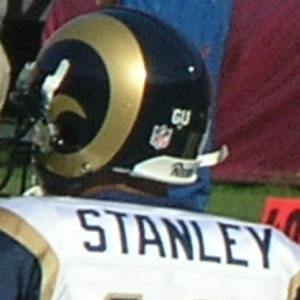 Wide receiver who debuted in the NFL for the St. Louis Rams in 2007 and played for the Toronto Argonauts in 2010.

He competed in football, basketball, and track at Verona Area High School in Wisconsin.

He was an All-American in track at the University of Wisconsin–Whitewater.

He grew up with his family in Verona, Wisconsin.

He played alongside seven-time Pro Bowl wide receiver Torry Holt in 2007 and 2008.

Derek Stanley Is A Member Of