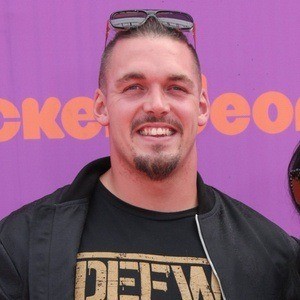 Defensive end who earned 10 quarterback sacks during his first two seasons as a Bronco. He was selected with the 36th overall pick by Denver in the 2012 draft.

He was named the Co-Big East Defensive Player of the Year during his senior season at the University of Cincinnati.

His six sacks during his rookie season were the third most on the Broncos in 2012.

He was raised by a single mother in Libson, Ohio.

He was drafted by the Broncos to compliment Pro Bowl outside linebacker Von Miller.

Derek Wolfe Is A Member Of