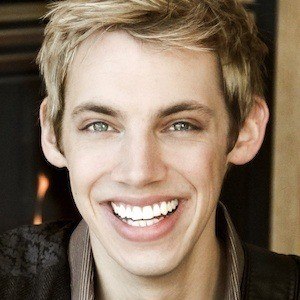 Singer-songwriter who gained national exposure through his role as the guitar player of the fictional band New Directions on the hit Fox series Glee. He has had his music featured on a variety of other television shows, including New Girl and How I Met Your Mother.

By the time he graduated high school, he had already recorded two albums. He later earned a Bachelor of Science degree in Music Industry from the University of Southern California.

He was commissioned by the USC President's Office to write "Take Chances," which was used as the anthem for the school's graduating class of 2011. He has toured over 40 high schools along the West Coast of the United States to raise money for music education programs under his independent Take Chances Tour.

He has performed live alongside his brother Dalten and his sister Riana in the trio known as Derik Nelson & Family.

He covered the Bruno Mars song "When I Was Your Man" for his YouTube channel.

Derik Nelson Is A Member Of