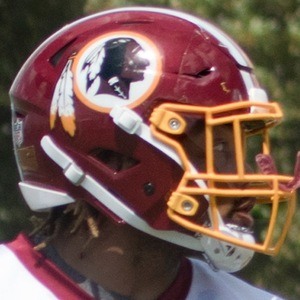 First-team All-SEC running back for the LSU Tigers who was rated as a five-star recruit coming out of high school.

In his senior year at Catholic High School in Baton Rouge, he rushed for 1,341 yards with 21 touchdowns.

He was named MVP of the US Army All-American Bowl.

He and his brother Derrick were born to parents Beulah and Derrick Guice.

He was a backfield teammate of Leonard Fournette while at LSU.

Derrius Guice Is A Member Of