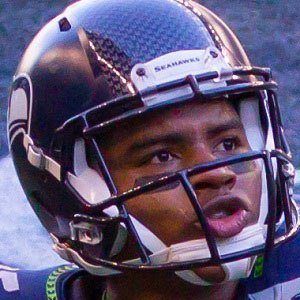 Cornerback and special teams player who made back-to-back Super Bowl appearances with the Seattle Seahawks, winning Super Bowl XLVIII. He signed with the team in 2012 after going undrafted out of Portland State University, where he was a First-Team All-Big Sky Conference selection.

He was voted the PSU Most Outstanding Defensive Back in each of his four seasons at Portland State University.

His mother is Sherri Tatum. He has siblings named Donte, Kierra, Chinelle and DeVaughn.

He won Super Bowl XLVIII as part of a Seahawks secondary which included safety Kam Chancellor.

DeShawn Shead Is A Member Of