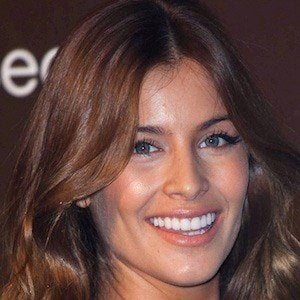 Spanish model and beauty queen known for winning Miss Spain in 2014. She then represented her country at Miss Universe 2014, where she finished in sixth place.

She started modeling when she was 15 years and had established herself as an international model by the time she was 17.

Her sixth place finish made her the second consecutive Spaniard to finish as semi-finalist, following Patricia Rodriguez's runner-up finish in 2013. She has more than 280,000 followers on Instagram.

She grew up in Seville, Spain but has travelled across Europe for work. She briefly dated footballer Cristiano Ronaldo.

She lost to Paulina Vega during Miss Universe 2014.

Desirée Cordero Ferrer Is A Member Of