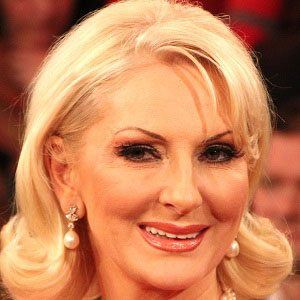 After training as a ballerina at Germany's Berliner Tanzakademie, she began performing with the Deutsche Oper Berlin.

In the early 1980s, she took Roman Catholicism-based theology courses.

Her more than decade-long relationship with Prince Heinrich of Hanover produced a son named Oscar.

Desiree Nick Is A Member Of