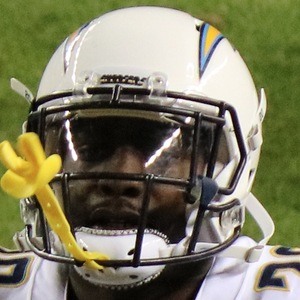 Cornerback who was taken in the fifth round of the 2017 NFL Draft by the Los Angeles Chargers. He gained national prominence for his play in college for the Iowa Hawkeyes, with whom he was named to the All-Big Ten first team in 2015 and 2016.

He was listed as a three-star recruit during his senior year of high school. He committed to play for the Iowa Hawkeyes following his senior season.

Following his 2015 junior season at Iowa, he finished as a consensus All-American. He also earned the Jim Thorpe Award, given to the best collegiate defensive back in the country.

His mother's name is Yvette.

He and Mike Williams were both selected by the Chargers in the 2017 Draft.

Desmond King Is A Member Of