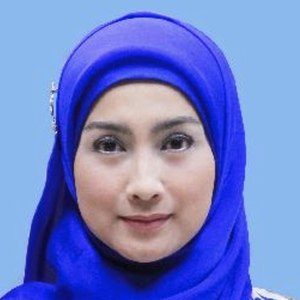 Singer and actress who became a star in her native Indonesia with her hit single "Tenda Biru." As an actress, she is known for her performances in films like Blok M (1990), Telegram (2000) and Kun Fayakuun (2008).

She attended Atmajaya University as well as the University of Indonesia.

In 2014, she was elected as a member of Parliament from the National Mandate Party.

She was previously married to Trenady Pramudya and Sammy Hamzah. She has a daughter with Hamzah named Nasywa.

She appeared alongside Zaskia Adya Mecca in the drama Kun Fayakuun.

Desy Ratnasari Is A Member Of