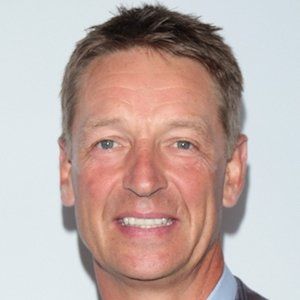 Former professional basketball player and three time NBA All Star renowned for playing with the Dallas Mavericks, Seattle SuperSonics, Portland Trail Blazers, and the Indiana Pacers up until his retirement in 2001.

He completed his college basketball career at the University of Washington, playing for the Washington Huskies men's basketball team. He was later inducted into the university's Husky Hall of Fame in 1995.

He appeared several times as himself on the NBC sitcom Parks and Recreation.

Growing up in Germany, he moved with his family to the United States during his senior year of high school. He married Mari Schrempf and he has two sons named Alex and Michael.

In 2006, he was hired as an assistant coach for the Seattle SuperSonics under Bob Hill, who had previously coached him on the Pacers.

Detlef Schrempf Is A Member Of