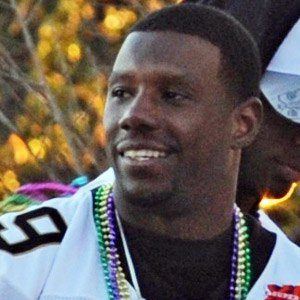 Wide receiver best known for his deep route running; made his NFL debut in 2004 for the New Orleans Saints and helped the team win Super Bowl XLIV.

He attended LSU on a track scholarship but joined the football team and helped the Tigers capture the 2003 National Championship.

In Super Bowl XLIV, he caught 7 catches for 63 yards.

He was born in Lafayette, Louisiana, near where he went to school and started his NFL career.

Devery Henderson Is A Member Of