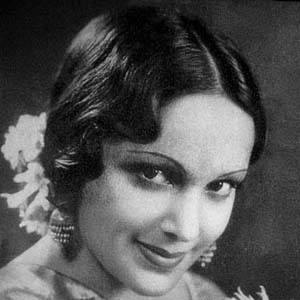 She won scholarships to the Royal Academy of Music in London.

The 4-minute kissing scene between her and her husband Himanshu Rai in the 1933 film, Karma, became the longest kissing scene in the history of film.

She was the first-ever recipient of the Dadasaheb Phalke Award, which was later awarded to director Satyajit Ray.

Devika Rani Is A Member Of