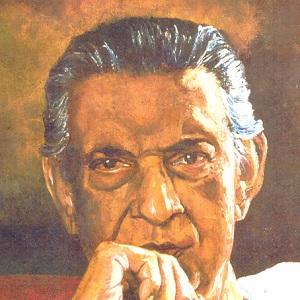 Regarded as one of the greatest Indian filmmakers in history. He was known for directing The Chess Players, Distant Thunder, and The Stranger.

He graduated with a degree in economics from Presidency College, Calcutta.

He was the recipient of an honorary Academy Award in 1992.

He was married to Bijoya Das from 1949 until his death. He had a son named Sandip Ray.

He directed the acclaimed 1977 film The Chess Players, which starred Sanjeev Kumar.

Satyajit Ray Is A Member Of