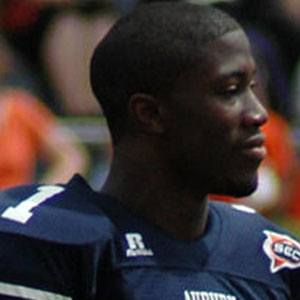 NFL wide receiver who was drafted in the seventh round of the 2006 NFL Draft by the Miami Dolphins.

He was a critical component of Auburn University's offense for much of his time there, recording 71 catches for 1333 yards and nine touchdowns in 51 games.

He had a remarkable finish to the 2009 season with the Chicago Bears, causing many to criticize the team's staff for not giving him a bigger role in the offense.

His father immigrated to the United States from Nigeria and was a big football fan.

He caught his first pass as a Chicago Bear from quarterback Jay Cutler.

Devin Aromashodu Is A Member Of