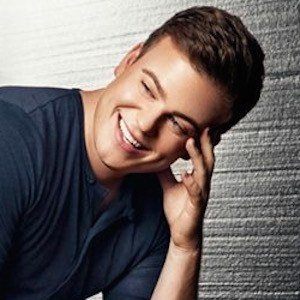 Singer and guitarist who broke onto the music scene in 2014 with the release of his first official single, "Give Into Me." He is also an accomplished photographer who has worked with a variety of entertainment industry stars, including Morgan Freeman and Dennis Haysbert.

He began his photography career at age 15 and was heavily influenced by photographer David LaChapelle.

He has a YouTube vlog where he chronicles his daily life using the hashtag #DailyDevin.

His mother was a beautician and his father was in the military.

Devin Dygert Is A Member Of