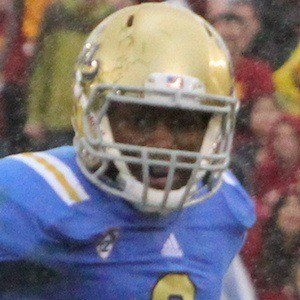 Wide receiver who was selected by the Atlanta Falcons in the 7th round of the 2016 NFL Draft.

He played college football at UCLA, where he was also a kick returner.

His parents' names are Bart Fuller and Cindy Mizelle.

He played alongside quarterback Brett Hundley while they were both at UCLA.

Devin Fuller Is A Member Of