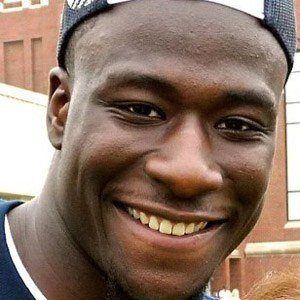 Quarterback who was the number 1 rated option quarterback out of high school in 2010 and joined the University of Michigan, where he became the starting quarterback at the end of the 2012 season.

He led Inkster High School to the Michigan state championship game both his junior and senior years.

In his third season at Michigan the team converted him to wide receiver, only to turn him back to a quarterback when their starter, Denard Robinson, was injured.

His first few years at Michigan he was a backup to Denard Robinson, but he got his opportunity when Robinson went down with an injury in late 2012.

Devin Gardner Is A Member Of