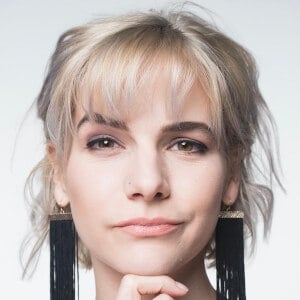 Actress most famous for playing Cho Chang in the Harry Potter parody musicals A Very Potter Musical, A Very Potter Sequel, and A Very Potter Senior Year, which she created as a member of the University of Michigan theatre troupe StarKid Productions. She was hired by BuzzFeed in 2015 and she became a member of BuzzFeed's Ladylike YouTube channel.

She grew up in Atlanta, Georgia. She graduated from the University of Michigan with a BFA in acting and a BA in English in 2011.

She co-starred with Joe Walker in StarKid's Harry Potter parodies.

Devin Lytle Is A Member Of