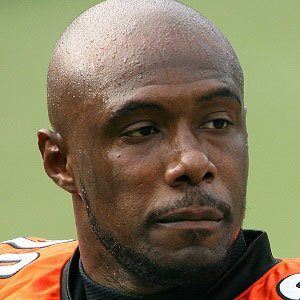 Safety who won Super Bowl XXXVII as a member of the Tampa Bay Buccaneers and was named the game's MVP. He retired from professional football in 2009 and began co-hosting the radio show All Sports in 2011.

He was a Human Science major at Florida State University. He was drafted by the Buccaneers in the fourth round of the 1999 NFL Draft.

He has worked in the children's crisis center of Mental Health Care, Inc. in Tampa, Florida.

He married a woman named Tina and has daughters named Jazmine, Daisia, Meah, and Taylor.

Dexter Jackson Is A Member Of