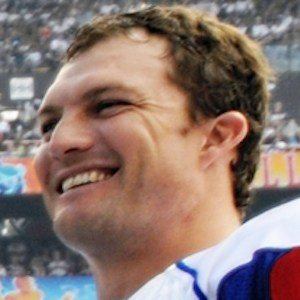 Former NFL safety who was selected to nine Pro Bowls in his fifteen-season career. He won his only Super Bowl title with the Tampa Bay Buccaneers in 2002.

He played minor league baseball for two seasons after being drafted by the Florida Marlins in 1992.

He retired with 1,058 career tackles and 26 interceptions.

He has four children, Lindsay, Lillian, Jake and Leah, with his wife Linda Lynch.

John Lynch Is A Member Of