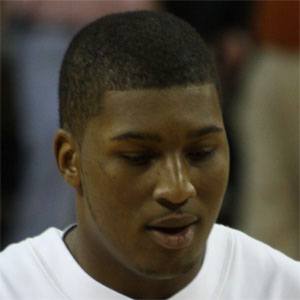 Center who made his NBA debut in 2010 for the Miami Heat. He then went on to spend time in the NBADL as well as in China and Puerto Rico.

He spent four years at the University of Texas, before being selected 32nd overall in the 2010 NBA draft.

In 2012 he won an NBA championship with the Miami Heat.

He was born and raised Rosenberg, Texas.

In high school he lost over 100 pounds, gaining national recognition from celebrities such as Charles Barkley.

Dexter Pittman Is A Member Of