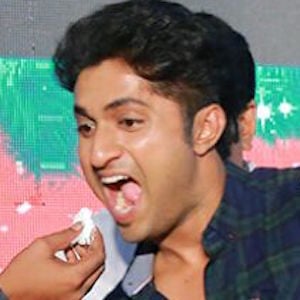 Known best as the son of the notable actor, director, and screenwriter Sreenivasan, this Indian entertainer earned a 2013 Asianet Film Award for his starring role in the Malayalam movie Thira.

After briefly studying engineering, he pursued a career in acting.

His famous father, Sreenivasan, won a National Film Award and numerous Asianet and Kerala State Film Awards for his acting and screenwriting work.

Born in Kerala, India, to Sreenivasan and his wife Vimala, Dhyan Sreenivasan grew up with a brother, Vineeth, who had a successful career as a film director, writer, actor, and singer.

In Thira, he was cast opposite award-winning actress Shobana.

Dhyan Sreenivasan Is A Member Of