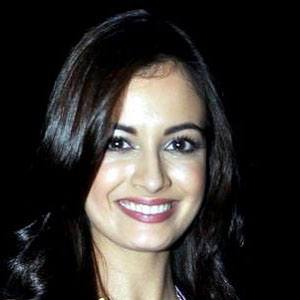 She began careers in modeling and marketing while studying at the Andhra Pradesh Open University.

An activist as well as an actress and model, she worked on behalf of such organizations as People for the Ethical Treatment of Animals (PETA) and Child Rights and You (CRY).

She was born in Andhra Pradesh, India to a German father and a Bengali mother. Born Dia Handrich, she later took on her stepfather's last name. She married Sahil Sangha in 2014.

She starred opposite R. Madhavan in the 2001 film Rehnaa Hai Terre Dil Mein (I Want to Stay in Your Heart).

Dia Mirza Is A Member Of