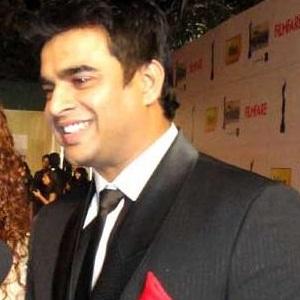 Indian actor and producer who has appeared in many Hindi films and won various awards including the Filmfare Award from the Tamil Nadu State Film Awards.

He was chosen to represent India as its cultural ambassador from Rajaram College, Kolhapur to Canada in 1988.

He took a sabbatical from acting for eight months in 2010 and traveled to London where he took treatment for a knee injury and spent time with his family.

He married Sarita Birje in 1999 and they had one child together.

His mentor has been director Mani Ratnam.

R Madhavan Is A Member Of