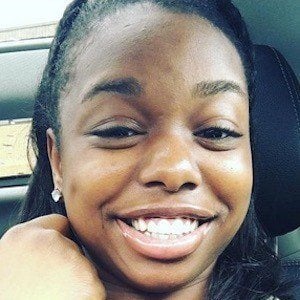 YouTube prankster and comedian who is known for having co-created the KenMondTv channel. She and her husband Kenny have gained popularity for their frequent pranks pulled on one another.

She attended a military high school, where she was considered the class clown. She co-created the KenMondTv YouTube channel on June 17, 2015.

She and her husband have amassed more than 120,000 subscribers to their YouTube channel. One of her most popular prank videos, "EPIC Pregnancy Test Prank ((Abortion??))", has earned more than 325,000 total views.

She met her husband Kenny when they were both classmates at the same military high school.

She and fellow YouTuber Jesse Wellens are both known for their frequent pranks on others.

Diamond KenMondTv Is A Member Of