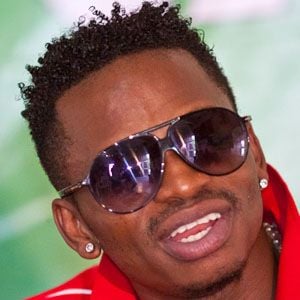 Known for such hit singles as "Number One" and "Kamwambie," this Afropop and Bongo Flava (hip-hop and R&B) vocalist received a total of fifteen awards at Tanzania Music Awards ceremonies held between 2010 and 2014.

He performed on a 2012 episode of the Big Brother Africa reality series.

Born Nasibu Abdul Juma in Dar es Salaam, he was raised in Kigoma, Tanzania. He and his girlfriend Zari Hassan welcomed a daughter, Lattiffah, in 2015.

Diamond Platnumz Is A Member Of