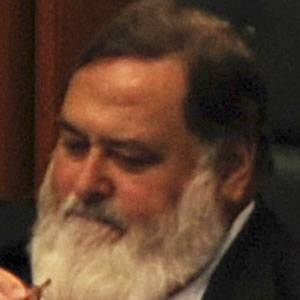 Australian politician who represented the Labor Party and was a Member of the Australian Parliament for Lyons from 1993 until 2013.

He worked as a meat worker and an organizer with the Australasian Meat Industry Employees' Union and the Liquor and Hospitality and Miscellaneous Workers' Union.

He became a National Ambassador of the National Year of Reading in 2012.

He was born into an Australian family in Launceston, Tasmania.

Like him, Bill Hayden is an Australian Labor Party politician.

Dick Adams Is A Member Of