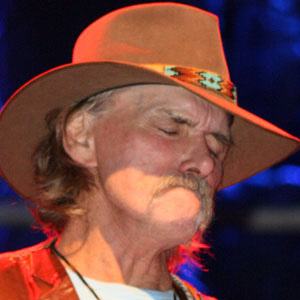 Lead guitarist for The Allman Brothers Band who is also a singer, songwriter, and composer. He was a Rock and Roll Hall of Fame inductee in 1995 with his band.

His first instrument was a ukelele. He was brought into the Allman Brothers band as the second lead guitarist.

After Duane Allman was killed in an accident in 1971, his brother Greg and Betts shared leadership duties for the band.

He grew up in West Palm Beach, Florida, listening to bluegrass and country music.

Betts and Butch Trucks were both in The Allman Brothers Band.

Dickey Betts Is A Member Of