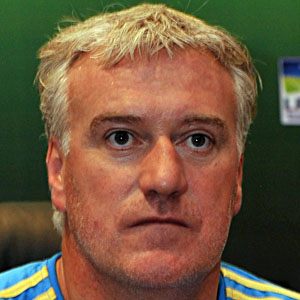 He began his youth career with Bayonne and Nantes, and he played the first four seasons of his professional career with Nantes.

He grew up in Bayonne, France.

He played alongside Lilian Thuram on the French national team from 1994 to 2000.

Didier Deschamps Is A Member Of