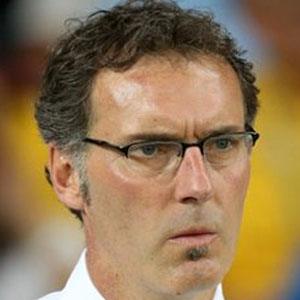 Soccer manager and former player who has managed clubs like Paris Saint-Germain and the French national team. As a player, he won the 1998 FIFA World Cup with France.

He turned professional in 1983 with Montpellier.

At the 1998 FIFA World Cup, he scored the first golden goal in World Cup history against Paraguay.

He was born in Ales, France.

Laurent Blanc Is A Member Of