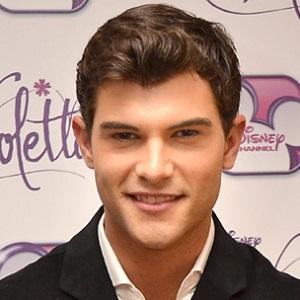 He released his first album Girando sin parar in 2004.

He has appeared on such TV shows as La Pecera de Eva, El Secreto de Puente Viejo and Aida.

He and Valeria Baroni both became stars on the Latin America Disney channel.

Diego Domínguez Is A Member Of