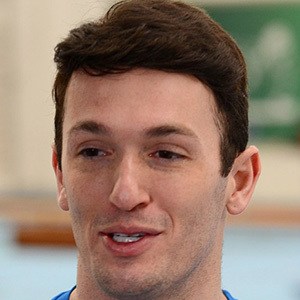 Brazilian gymnast who was the first South American male to win a medal at the World Gymnastics Championships.  He has has represented Brazil in the 2008, 2012 and 2016 Olympics.

He starting practicing gymnastics when he was 7 years old. In 1997, he won the children's floor exercise event at the Brazilian National Championships.

By the time he was 21, he had competed in five World Gymnastics Championships.

He has a brother, Edson. Their sister is Daniele Hypólito.

On February 17, 2019, he posted a photo with Jojo Maronttini at their mutual friend's wedding.

Diego Hypólito Is A Member Of