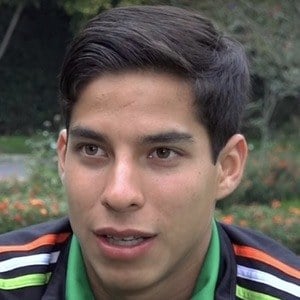 Mexican professional soccer player who's known for playing for the Liga MX club Club América. He also played for the Mexico U-17 national football team. In 2019, he joined La Liga's Real Betis on a five-year contract.

He was discovered by scout Ángel González and joined Club América in 2012.

Both he and Miguel Layun played for Club América.

Diego Laínez Is A Member Of