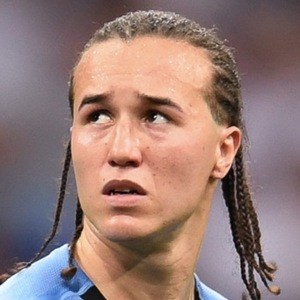 He first began his youth career with the Defensor Sporting academy. He went on to join their first team in 2012 and the following season joined the Internazionale club. He played for Uruguay's under 20 national team in 2013 and in 2016, he joined the nations first team.

He was selected to play for Uruguay's national team in the 2018 World Cup due to his successful performance in the China Cup in March of 2018.

He played in the 2018 FIFA World Cup for Uruguay alongside fellow players Fernando Muslera, Diego Godin, and Carlos Sanchez.

Diego Laxalt Is A Member Of