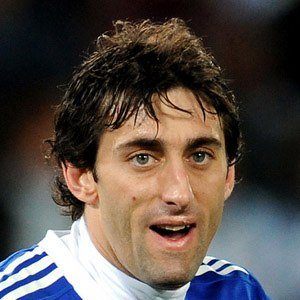 Argentine striker who joined Internazionale in 2009 after spending a season with Genoa; made his first appearance with Argentina's national team in 2003.

He began his professional career with Argentina's Race Club in 1999.

He had one of his best seasons in 2010, when he was named the Serie A Footballer of the Year with Internazionale.

He fathered two children with his wife Sofia.

He became teammates with Javier Mascherano on Argentina's national team in 2005.

Diego Milito Is A Member Of