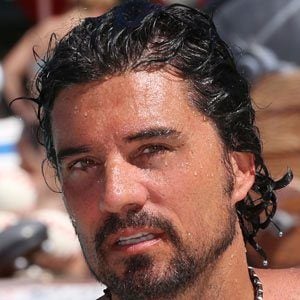 Known best for his TVyNovelas Award-nominated antagonist role in the Mexican telenovela Mentir para Vivir, this Argentine screen actor also had a career in the theatre, appearing in Spanish-language stage adaptations of Beauty and the Beast and Tom Sawyer.

He began acting at age twelve and became famous during his teens for playing the role of Darío on the television series Montaña Rusa.

His brother, Federico Olivera, also had a career as an actor, as did his sister-in-law, Soledad Villamil.

He and his wife, actress Monica Ayos, welcomed a daughter named Victoria in 2004. He also helped raise his stepson, Federico Ayos, who was ten years old at the time of Olivera's and Ayos' 2002 wedding.

He and his Argentine contemporary, Facundo Arana, both became famous as telenovela actors.

Diego Olivera Is A Member Of