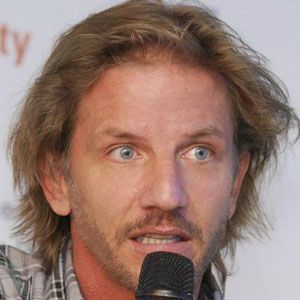 Established as an actor who can hold a lead role thanks to the smash hit telenovela Muneca Brava. He later became an award winning stage actor for his work in Visiting Mr. Green.

After starting acting lessons at age 15, he earned his first roles in Argentine telenovelas while also performing as a street musician before becoming a more well-established actor.

His first role on the silver screen came in 2001 in the film, La Fuga.

After a ten year relationship with actress Isabel Macedo, he married Maria Susini, with whom he shares three children.

Following the success of Muneca Brava, he landed a role in Yago, Pasion Morena and shared the screen with Gianella Neyra.

Facundo Arana Is A Member Of