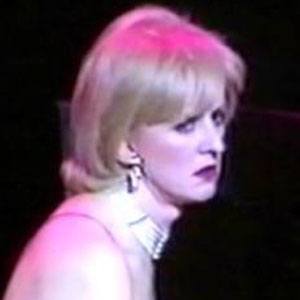 Stage and screen actress, comedian, writer, and songwriter who became known as a member of the comedy group Fascinating Aïda. She later appeared in the comedic English police series Pie in the Sky and wrote for and hosted such radio programs as Booked! and Stop the Week.

She wrote and performed a one-woman play called Single Again for the 1990 Edinburgh Fringe Festival.

During the early 1990s, she wrote a column for The Mail on Sunday, a British right-wing newspaper.

She was born in Portsmouth, England to Irish Catholic parents. She later settled in Oxfordshire, England.

She collaborated with fellow comedian Sandi Toksvig on the writing of a 2002 stage musical called Big Night Out at the Little Palace Theatre.

Dillie Keane Is A Member Of