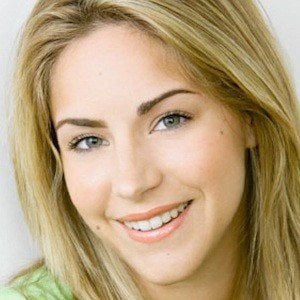 Food blogger known for her Dish It Girl blog. Though primarily a recipe blog, she's also known for travel posts. The blog has been featured in M Magazine, OK Magazine, and Her Campus.

She was formally trained in cooking by her mother and grandmother and went on to take classes with the Institute of Culinary Education and the Ninety Acres Culinary Center.

She's grown incredibly popular on social media, with more than 120,000 followers on Instagram.

She is the sister of Married to Jonas star Danielle Jonas and fellow blogger Kathleen. Their brother Mike is a successful pop singer.

She is the sister-in-law to Jonas Brothers and Married to Jonas star Kevin Jonas.

Dina Deleasa-Gonsar Is A Member Of