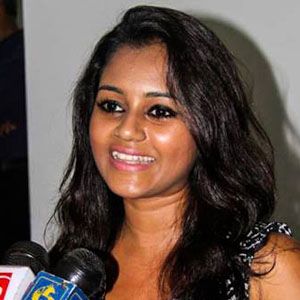 Sri Lankan actress and television show presenter who became known for her appearances on Punci Panchi and Punci Puwath from 2001 to 2007.

She made her acting debut when she was two years old in films directed by her father.

She has worked on a music album with her two sisters.

Her father is the popular film director Dinesh Priyasad.

Another television show host like her is Ananda Lewis.