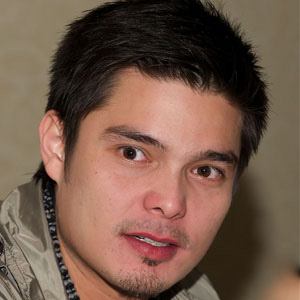 Filipino film and television actor who appeared in One True Love and in the adaptation of the Korean soap opera, Stairway to Heaven. He hosted Mind Master in 2011 and Family Feud in 2010.

He had his first film role when he was 14 in an episode of Shake, Rattle and Roll V. By age 17 he had a leading role in GM's teen series T.G.I.S.

He was ranked at the of Cosmopolitan magazine's list of bachelors of 2007, and was chosen among the top 5 Sexiest Men of the World by the E! Entertainment Network.

He married Marian Rivera in 2014. In November of 2015 they welcomed their first child, Maria Letizia.

He and Marian Rivera starred together in Dyesebel, where the on-screen couple won an award for Most Romantic Kapuso Smooch.

Dingdong Dantes Is A Member Of