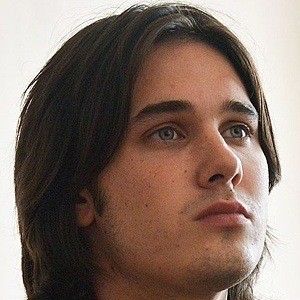 Hard rock musician who is best known for having assumed lead vocal duties for the band Animal Drive. In 2017, he became a permanent member of the progressive rock outfit Trans-Siberian Orchestra.

He began performing in front of audiences in 1998.

He is the son of Dario Jelusić and Sandra Jelusić.

Both he and guitarist Chris Caffery have performed with the Trans-Siberian Orchestra.

Dino Jelusic Is A Member Of